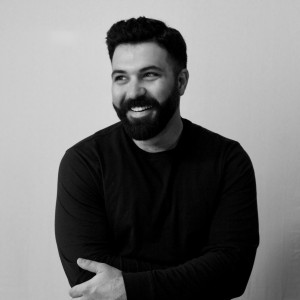 What is Penetration Testing?

Preferably, these tests are carried out by accredited and skilled cyber security professionals known as penetration testers or ethical hackers.

What is an Ethical Hacker/Penetration Tester?

Depending on the skill level of a cyber-criminal, the consequences of being hacked range from minor annoyances to catastrophic interruptions of business processes. Therefore, a good pen tester’s process will range from simple to highly sophisticated hacking methods.

What are the Benefits of Pen Testing?

Along with those benefits outlined in the graphic above, this question could elaborate into a whole new blog post. But we will try to keep things concise. After all, you’ve got things to do.

Firstly, penetration testing is the only true test of an organization’s information security systems and procedures. Risk assessments, security gap analysis, or vulnerability scanning helps organizations identify ways to implement cyber security improvements. However, penetration testing identifies the effectiveness of cyber security controls. When we say ‘controls’ we mean anything used to reduce information security risk. So, controls might be firewalls, email filtering, antivirus, network segmentation, security policies and procedures and so on.

And finally, most importantly, penetration tests help keep your organization safe. For example, what would happen if a cyber-criminal accessed your employee records? How about if a hacker encrypted your systems with ransomware? Or if your website or applications are taken down due to a DDoS attack? The answer: Nothing good.

What does a Penetration Test Actually Test?

Once you’ve engaged with a company who offers penetration testing services, they will likely walk you through a few options. The process starts by identifying the scope of the test. What do you want tested? Is it an application? A software product? You might have an idea of what you want tested.  Conversely, you might not know where to begin.

Here are some tests to consider:

Focused on web-based applications and services including browsers, eCommerce sites, and any customized web-accessed and connected applications.  The penetration tester uses methods which might expose flaws in these apps. Furthermore, if a web application’s security flaws allows a pen tester access… the pen tester will see how far they can get (within the scope of the project and as defined by the rules of engagement.)

Focused on Wi-Fi and any devices (laptops, phones, tablets, access points, etc.) connected to the wireless network (you will hear the term IoT or “Internet of Things” used with wireless network testing.)  A security flaw in only one device, such as a network connected SmartTV or Printer, might be the pen tester’s entry point into the entire network.

Focused on testing the ease of physically entering the organization.  Additionally, examines how well security inside of an organization’s facility prevents unauthorized access to sensitive areas. Do you have locks on the doors?  Could a physical penetration tester follow an employee in because they’re holding the door open for them?

Focused on testing human vulnerabilities.  If a social engineering pen tester calls your accounting group acting like your CFO and demanding payment wired to their account, what would they do?  Comparatively, if your employees get an infected phishing email which looks like a link to a spreadsheet with everyone’s salary, would they click on it?

What are some Approaches to Pen Testing?

A penetration test is usually conducted under one of the following approaches:

Black Box: Simulates a real external cyber attack.  Ideally, the pen tester has no information about the client’s environment, and it’s their goal to break in.  Notably, this approach is usually the most time consuming, expensive, and risky.

White Box: A pen tester receives complete access to the client’s environment.  This might include the IT infrastructure, source code, application designs and business processes.  Ideally, for a White Box test, an organization will provide as much information as possible so that the pen tester conducts a thorough assessment.

Gray Box:  As you’ve likely guessed, Gray Box testing is somewhere in between White and Black Box testing.  A pen tester knows some information about the client’s systems, but not everything.  A Gray Box test is great for organizations interested in understanding what might be at risk should a hacker gain entry into their systems.

Where does a Penetration Tester Start?

Usually, a good pen tester will start their process ONLY when the project is scoped, targets identified and validated, rules of engagement and legal restrictions communicated and agreed, and permissions to test during scheduled times are established.

Moreover, discussions between the contracted party and the organization requesting the pen test should clearly define:

Once documented, this list becomes the Rules of Engagement (RoE).  Also, the RoE serves as the governing document for the penetration test.  In the event of a Black Box Test, the RoE clearly defines how a Black Box Test is conducted by the pen tester.

How can I get a Penetration Test?

The search for the right penetration testing service for your organization starts with identifying your needs.  If you’re a large organization looking for a multitude of different tests at multiple locations, then a large corporation with pen testing services is likely your best bet.

However, if you’re a SMB, and this is your first pen test or you have a limited scope, there are smaller consulting firms in most cities who provide the service.

Specifically, contact the pen testing company, and ask about their processes, the certifications of their pen testers, and what you get in the pen test report.  Altogether, a good pen testing provider will have answers to those questions and will provide you with some additional information about their in-house processes.

Want to get started with a penetration test? Curious if you might benefit from one?  Contact LastLine Cyber!